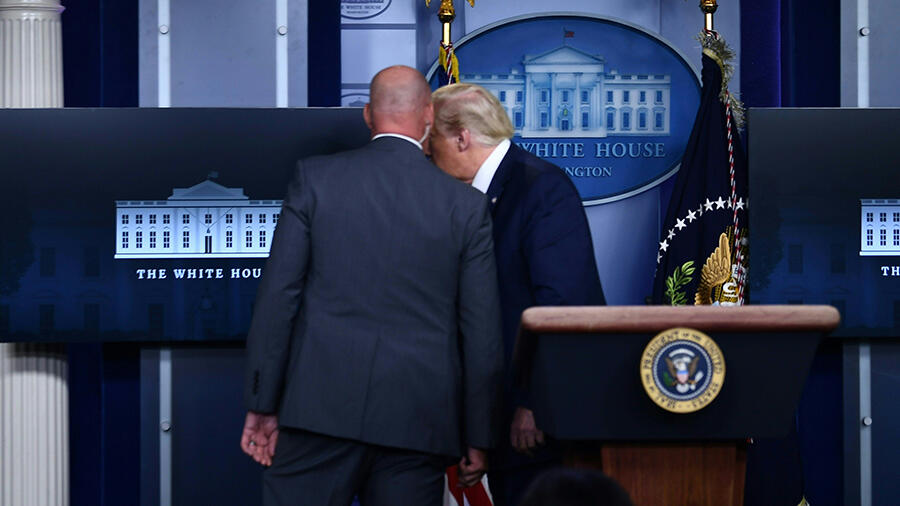 President Trump had been escorted out of the White House briefing because there was a shooting outside.

"I'd like to thank the Secret Service for doing their always quick and very effective work, but there was an actual shooting, and somebody's been taken to the hospital. I don't know the condition of the person. Seems that the person was shot by Secret Service, so we'll see what happens," Trump said.

“I feel very safe with the Secret Service, they’re fantastic people, they’re the best of the best, they’re highly trained,” Trump told reporters. “They just wanted me to step aside for a little while just to make sure that everything was clear outside. The suspect shot by Secret Service did not breach “anything.”

The incident happened at the corner of 17th and Pennsylvania Avenue NW, just outside of the White House grounds and close to Lafayette park.